Western’s five-member board of directors comprise the governing body of Western. Western’s Board of Directors are responsible to the members of the public of their respective division, and to the general public within the Western service area, for the proper conduct of Western affairs.

Directors are elected to four-year terms by the registered voters in five geographic divisions. Divisions are apportioned by population. The five Director's terms are staggered to ensure continuity. While they do not have to be Western retail water customers, Directors must reside within their division. 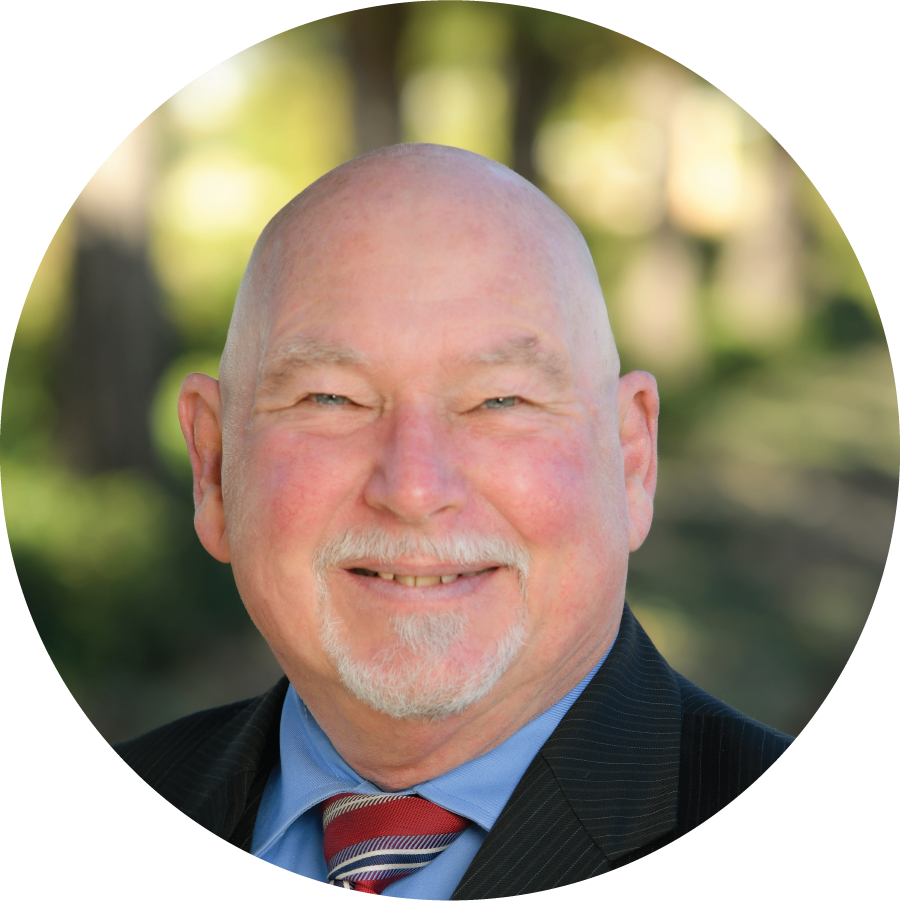 An advocate for water supply diversity, with more than two decades of experience in environmental planning and a combined 35 years of utility management, oversight and policy experience, Mike Gardner joined Western’s Board of Directors in December 2020. He represents Division 1, which includes a portion of the City of Riverside located north of Highway 91 and extending to the San Bernardino County line.

Director Gardner serves on the board for Western’s Finance Committee, and the joint committees for the City of Riverside and Eastern Municipal Water District. He also represents Western on the boards for the Santa Ana Watershed Project Authority (SAWPA) and the Chino Basin Watermaster and represents Western on the Highgrove Municipal Advisory Council.  In addition, Director Gardner is the alternate representative for the Chino Desalter Authority, the Santa Rosa Regional Resources Authority, the Elsinore Valley joint committee, the Riverside Advisory Committee and the Woodcrest Municipal Advisory Council.

Director Gardner served on the Riverside City Council for 12 years, where he was a member of the council committee overseeing Riverside’s Public Utilities. He also previously served as the Governor’s appointee to the Seismic Safety Commission for more than 10 years, serving three different Governors.

Director Gardner is currently a Board member for the Mary S. Roberts Pet Adoption Center, Animal Solutions Konnection, Rivers and Lands Conservancy and the Evergreen Memorial Historic Cemetery Association.  He is a graduate of Leadership Riverside, Class of 2005.

Mike Gardner has been a resident of the City of Riverside for more than 50 years, where he currently lives with his wife. His current term on the Western Board of Directors expires in December 2026. 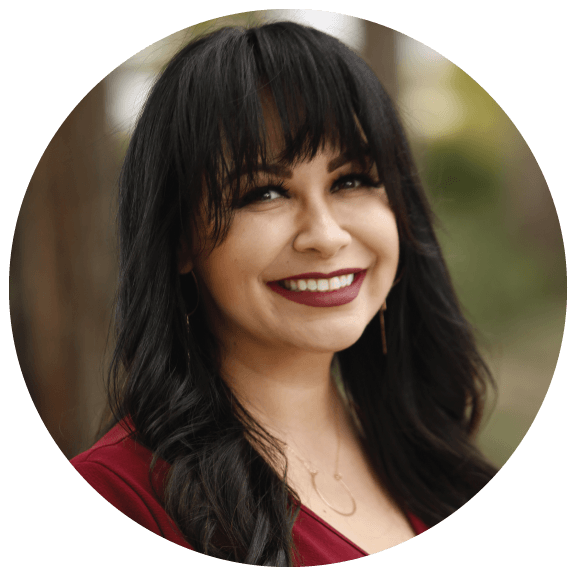 A committed water quality and compliance professional, Gracie Torres joined Western’s Board of Directors in December 2018. She represents Division 2, which includes portions of the City of Riverside located southeast of the 91 Freeway and west of the 215 Freeway, portions of Lake Mathews, March Air Reserve Base, and Woodcrest.

Director Torres is a previous recipient of the Western - Lois B. Krieger Endowed Scholarship. She received the award while attending California State University San Bernardino. In 2019, Gracie was awarded an “IMPACT Award” by the Pick Group of Riverside for Civic Impact and recognized as “35 under 35” in 2020 by Young Elected Officials Network.

Gracie Torres is a longtime Riverside resident and a proud product of Riverside Unified School District schools as well as Riverside Community College. Her passion for water quality and environmental science developed when she earned her Bachelor’s degree in Chemistry/Biochemistry and a Master's in Earth and Environmental Sciences from California State University, San Bernardino (CSUSB). She is currently working on a Doctorate in Public Administration at Cal Baptist University (CBU).  Professionally, she is a water chemist and water quality compliance planner with Riverside County Flood Control and Water Conservation District and is an adjunct chemistry professor at CSUSB.

Director Torres serves on Western's Executive Ad Hoc Committee.  She also sits on the board for Western's Engineering, Operations and Water Resources and Community and Government Affairs Committees. She also serves on the joint committees for the City of Riverside, Eastern and Rancho California Water Districts and the Riverside Advisory Council. In addition, Director Torres is Western’s representative for the March Joint Powers Authority Successor Agency Oversight Committee, the Chino Desalter Authority, the Association of California Water Agencies Joint Powers Insurance Authority and the Woodcrest Municipal Advisory Council. Director Torres is the District’s alternate representative for the Western Riverside County Regional Wastewater Authority and the Highgrove Municipal Advisory Council.

Gracie Torres and her husband live in Riverside with their three children. Her current term on the Western Board of Directors expires in December 2026. 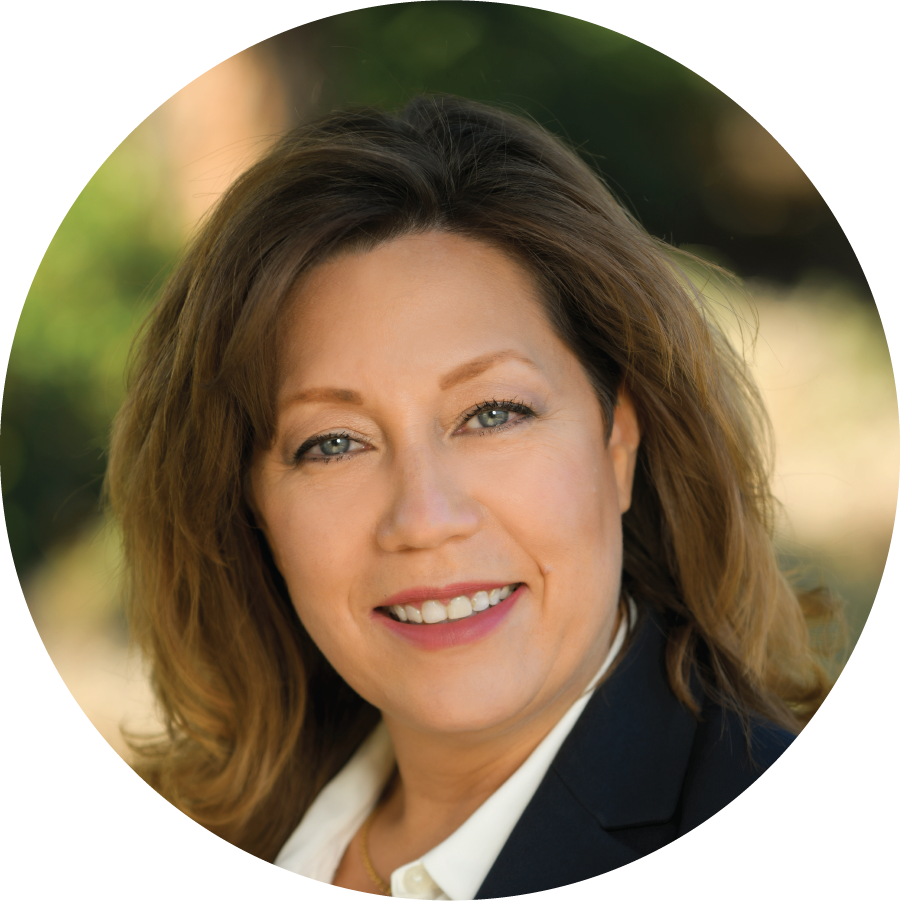 Director Dennstedt is committed to maintaining a standard of excellence by consistently demonstrating active engagement in all of her many roles throughout the region. She was elected to the Murrieta County Water District board in 2003, which merged with Western in late 2005.

As Western’s representative on the Metropolitan Water District of Southern California Board (MWD), Director Dennstedt is responsible for acting on behalf of the interests of the nearly one million customers who receive their water both directly and indirectly from Western.

She also serves on Western’s Murrieta Advisory and Executive Ad Hoc committees, and sits on the board for Western’s Community and Government Affairs and Finance committees. In addition, Director Dennstedt currently represents Western as an alternate on the Santa Ana Watershed Project Authority Board and is a member of SAWPA’s One Water, One Watershed committee. Director Dennstedt is an elected member of the Association of California Water Agencies Region 9 Board and she also represents Western Riverside Council of Governments Executive Committee.

Director Dennstedt has dedicated her service to the region through her consistent support of water education and regional representation. She serves on the joint committees of Elsinore Valley, Rancho California, and Eastern Municipal Water Districts. Director Dennstedt is the representative for the Lake Elsinore and San Jacinto Watersheds Authority. She also serves as Western’s alternate representative for the Temescal Valley Municipal Advisory Council and the Association of the California Water Agencies Joint Powers Insurance Authority.

Director Dennstedt’s current term on the Western Board of Directors expires in December 2026. 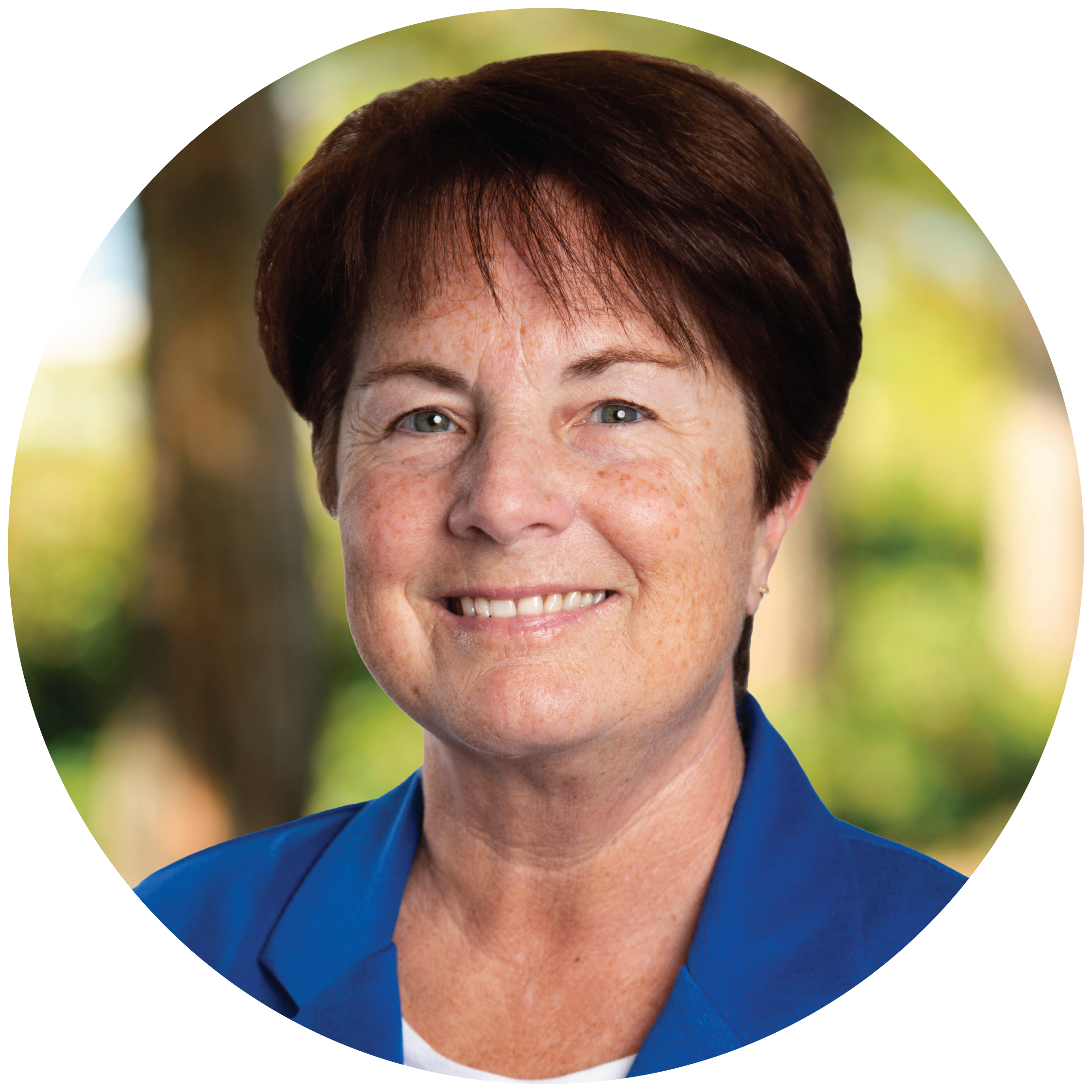 With an extensive background in successful public service, a working knowledge of the water industry, and municipal oversight and policy experience, Laura Roughton joined Western’s Board of Directors in August 2021.  She represents Division 4, which includes the communities of Eastvale, Jurupa Valley and Norco.

Director Roughton serves on Western’s Finance Committee and Community and Government Affairs Committee, as well as the Rancho California Water District joint committee.  In addition, she sits as Western’s representative to the Chino Desalter Authority and the Association of California Water Agencies Joint Powers Insurance Authority.

Director Roughton also serves Western as its alternate representative to the Riverside joint committee, the Chino Basin Watermaster board, and the Western Riverside County Regional Wastewater Authority board of directors.

Prior to joining the Western Board, Director Roughton served on the Jurupa Valley City Council, and was its representative to the Western Riverside Council of Governments and to the One Water One Watershed (OWOW) Steering Committee under the Santa Ana River Watershed Project Authority (SAWPA).  During her time on the OWOW Steering Committee, she displayed her leadership through regional collaboration in the Santa Ana Watershed to protect and carefully utilize the watershed shared by residents and visitors to our region.

Director Roughton has been a long-time resident of her represented area, living within the Division 4 boundaries for more than 30 years.  Her current term on the Western Board of Directors expires in December 2024. 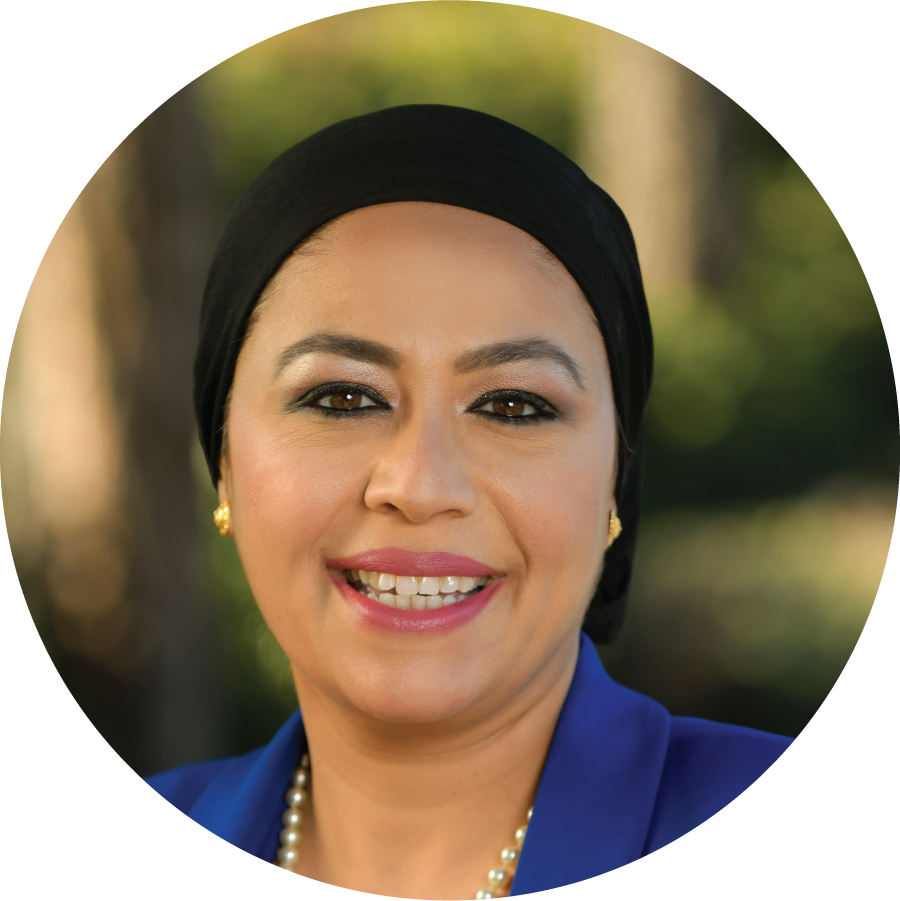 A business owner and a community advocate, with an expertise working as a professional in the field of water management and consulting, Fauzia Rizvi joined Western’s Board of Directors in December 2020. She represents Division 5, which includes the City of Corona, Home Gardens, El Cerrito, and a portion of Temescal Canyon.

Director Rizvi serves on Western’s Engineering, Operations, and Water Resources Committee and its Elsinore Valley joint committee. She is also Western’s representative on the Western Riverside County Regional Wastewater Authority and the Santa Rosa Regional Resources Authority.  In addition, she represents Western as the alternate member to the Western Riverside Council of Governments.

Director Rizvi is heavily involved in the community, serving many years as a parent-teacher association member, working for the Interfaith Coalition, and volunteering for organizations such as the Corona Norco Interfaith Association, Beloved Corona and Cops & Clergy, to name a few. She was the first woman elected to be on the executive board for the Islamic Society for Corona Norco.

Director Rizvi is currently serving as a Board member and Interfaith Chair for the Islamic Shura Council of Southern California, and as a member on the Riverside Community College District’s Citizens Bond Oversight Committee. She is also the President of For the People Taskforce, which is a non-profit organization helping people with food insecurity and utility debt throughout the Inland Empire.

Director Rizvi is a long-time resident of the City of Corona.  Her current term on the Western Board of Directors expires in December 2024.